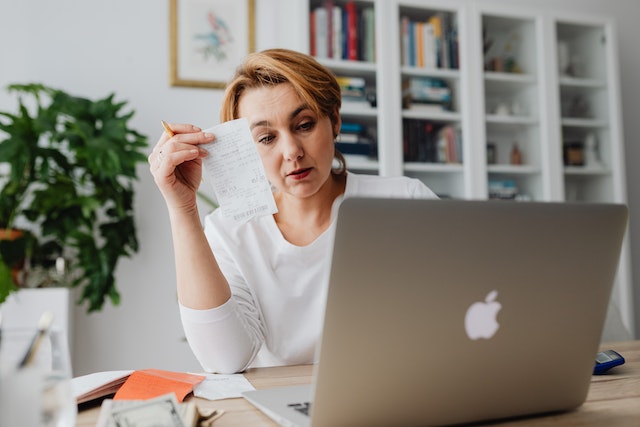 An unexpected surge in inflation is weighing heavily on consumers and pushing confidence towards pandemic lows.

The Reserve Bank’s delivery of a 25 basis point rate hike for November, taking the cash rate to a nine-year high of 2.85 per cent, will likely weaken consumer confidence further.

Consumer confidence has fallen for a fifth week in a row to levels last seen during the early COVID-19 lockdowns.

The 1.5 per cent decline in the weekly ANZ/Roy Morgan index followed the September quarter consumer price index print that surpassed expectations to hit 7.3 per cent annually.

Other subindices of the confidence gauge were mixed, with ‘time to buy a major household item’ climbing 2.7 per cent after three weeks of declines.

ANZ economist David Plank said expectations of future rate rises were reflected in the 15.6 per cent decline in confidence among people paying off a mortgage.

“Cost of living concerns, along with expectations of more rate hikes by the RBA, have caused confidence to decline to levels last seen during the early weeks of the COVID lockdowns,” he said.

There were signs consumers were starting to pull back on spending, with scant evidence of the holiday period ramp-up usually seen at this time of year, Mr Plank said.

“Consumer confidence has also fallen and housing prices have been declining following the earlier large increases,” he said.

“Working in the other direction, people are finding jobs, gaining more hours of work and receiving higher wages,” he added, noting households had also built up large savings buffers during the pandemic.

The central bank has also upgraded its peak inflation forecast in the wake of higher-than-expected consumer price index inflation in the September quarter.

The RBA now expects headline inflation to reach eight per cent before the end of the year.

In the third quarter, inflation hit 7.3 per cent – much higher than was anticipated.

Treasurer Jim Chalmers has been upfront about the inflation challenge facing the economy but says Australia is in a better position than other nations.

“We’re in better nick than most – if not all – the countries with which we compare ourselves,” he said at a post-budget business event in Sydney.

He said his trip to the US ahead of the October budget to meet with his G20 colleagues, the head of the US central bank and other key officials helped him understand the implications for Australia of a global downturn.

“There is genuine concern, if not fear, in the global economy about how things might play out,” Dr Chalmers said on Tuesday.

“Some of the closed-door sessions at the G20 meetings were confronting.”

He said that was why his first budget focused on banking the surge in revenue and restraining spending to build buffers.

“Our supply chains, our economy, is really more resilient than others but not quite resilient enough,” he said.

“And so our job, as a commonwealth government working with everyone, is to work out how we can make ourselves more resilient.”

“That’s really to spur us and to give the context for all of our efforts to rebuild those buffers,” he said.